As marijuana laws, especially with regards to medical use, are taking effect across the country, the employment landscape is evolving to keep up. Because federal law has yet to address the status of marijuana (the Controlled Substances Act of 1970 still labels it a Schedule 1 drug, alongside heroin), many states are taking it into their own hands to create laws outlining its legality.

Of course, this means that marijuana laws vary widely from state to state. In Washington and Colorado, recreational use has been legalized. But 27 states still don’t allow for medical marijuana use, much less recreational. While marijuana’s current accepted medical uses span appetite stimulation, nausea relief, and the lessening of ocular hypertension, employers should be most concerned with the drug’s applications as a pain reliever, which is the most likely way it would be prescribed with regards to workplace-related injuries.

There are now 23 states where medical marijuana is legal, and each state’s laws handle the specifics differently—from prescriptions to dispensaries to insurance compensation. And because some medical infrastructure is still guided by federal law, national programs like Medicare and Medicaid won’t pay for marijuana prescriptions, even in states where it’s legal.

Workers’ comp, however, may include provisions to cover medical marijuana prescriptions. But because these laws are so new, business owners should turn to their PEO for guidance. New laws, especially ones that have such varied and far-reaching effects, can take a while to settle into an obvious legal course of action that determines best practices for employers. You’re better off with a dedicated PEO advocate navigating your workers’ comp policy.

Likewise, because even legal marijuana is still a narcotic, a number of industries will be affected by on-the-job employee marijuana use. Drivers certified by the Department of Transportation cannot use marijuana, medically or recreationally, regardless of their state of employment. Workers’ comp benefits can also be affected if an injured worker is proven to have been inebriated by marijuana at the time of the accident. Even if marijuana is legal in your state, there are still guidelines for responsible use.

Laws guiding marijuana use will continue to change for the foreseeable future, but business owners should be proactive. Talk with your PEO about your insurance options and responsibilities, as well as the liabilities of your workplace. Also, work with your PEO to craft marijuana policies for your workforce. As with so many on-the-job scenarios, the key to navigating the new landscape of marijuana use is to be educated, prepared and to have a plan in place before anything happens in your company. 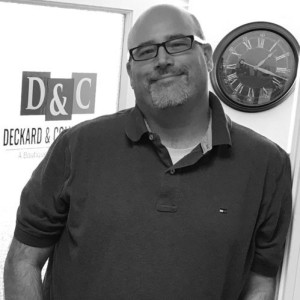 So, what do I do? Well, I am an internet marketer, including website design & development, SEO strategist, social media marketer, and so much more!
PrevPreviousHow PEOs Protect Your Company from Sexual Harassment
NextW-4 and Payroll Tax ChangesNext